Ever since the first motion pictures graced our lives, we’ve been living under the spell of movie magic. Films gave us a chance to live someone else’s life and escape the dullness of our own. And more than a hundred years later, it’s still the same. Simply put, movies are the simplest form of escapism we cherish and love so dearly.

And just like every art form, films evoke all sorts of emotions. From fear and suspense to love and desire, they all exist on the silver screen. But sometimes, these ideas venture into controversial territory. Yup, real sex is still taboo in films.

Although mainstream Hollywood movies usually stay clear of explicit scenes, now and then, there comes a flick that successfully subverts the rules. Therefore, we’ve come up with a shortlist of four movies that include actual sex on screen. So without further ado, let’s jump into it, shall we?

What Is Unsimulated Sex?

Before we talk about the movies in detail, we need to define what unsimulated sex in motion pictures is. Generating tons of controversy over the years, scenes including actual intercourse are somewhat of an urban myth these days. And since myths are usually fabrications and serve different purposes, we think it’s key to debunk what’s real and what’s not.

It’s a norm that actors simulate such actions in most movies that have sex scenes. But some directors aren’t happy with how it looks, and they see it as unrealistic. Hence, they tend to employ people who are ready to do it for real. A great practitioner of this is the famous Eurodecadent director, Gaspar Noe, who claims he only casts single people who were previously in a relationship to perform the roles.

The first name on our list is the 1979 historical drama “Caligula.” The movie is set in Ancient Rome and depicts the story of the eponymous emperor. It’s a classic tale of the rise to power and subsequent fall. Caligula stars some famous actors of its time, such as Peter O’Toole, Helen Mirren, and Teresa Ann Savoy.

Unfortunately, the production of the movie was a complete mess. At least three people directed the film, with one of them being Guccione himself. The reason for that was the fact that he insisted on showing unsimulated sex scenes. Other directors weren’t so keen on this. So, they had to film real sex at night in a movie studio in Rome.

In the Realm of the Senses

Next up, we have another cult classic — “In the Realm of the Senses.” This French-Japanese 1976 art film is still notorious when people talk about unsimulated sex in movies. Also, the tale is pretty weird, which is something we’ve come to expect from the Far-East cinema. However, it’s a must-watch if you’re into art-house and lots of sex.

Nagisa Oshima is the man behind this flick. The story revolves around a real-life event that took place in 1930s Japan. It stars Eiko Matsuda and Tatsuya Fuji, and it tells a weird romance story gone wrong between a geisha/prostitute and her lover.

For those who didn’t know, geishas are not prostitutes. It’s just a common misconception in the West because of their dresses that are similar to those of high-ranking Japanese prostitutes. Nevertheless, Sada Abe, our protagonist, was both. She’s famous for murdering her lover (strangling him during sex) and cutting off his penis subsequently.

One of the most controversial scenes in the movie involves an egg. Tatsuya Fuji’s character (Kichizo Ishida) places it into Sada’s vagina, which she pushes out and eats afterward. And if you add to that body parts, oral sex, erect penises, you’ve got a movie perfect for censorship and controversy. 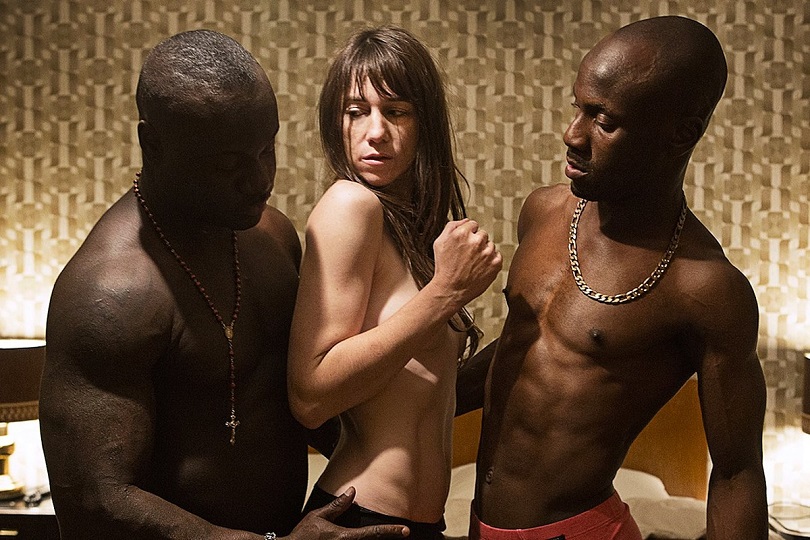 No list about movies and scenes of sex and violence would be complete without the Danish master Lars von Trier. Sure enough, people often accuse him of prioritizing shock over substance, but that’s not true. His films surpass the exploitation genre and deliver provoking ideas and concepts to the world of cinema. Although he began as an art-house director, his work is a lot more mainstream due to his popularity nowadays.

Back in 2013, von Trier wrote and directed the now cult classic called “Nymphomaniac.” Assembling an all-star cast led by the lovely and talented Charlotte Gainsbourg, the film features the likes of Willem Dafoe, Uma Thurman, and Shia LeBoeuf. The two-part flick tells a story of a self-diagnosed nymphomaniac who recalls her promiscuity from adolescence to adulthood.

The tale of “Shortbus” revolves around a group of characters that gather in NYC for weekly sexual sessions. And that’s about it. Well, okay, there’s more to it. But we’ll leave you guessing, so you give it a chance. We’ll only say that it’s full of actual penetration, ejaculation, and all sorts of sexual images and acts.